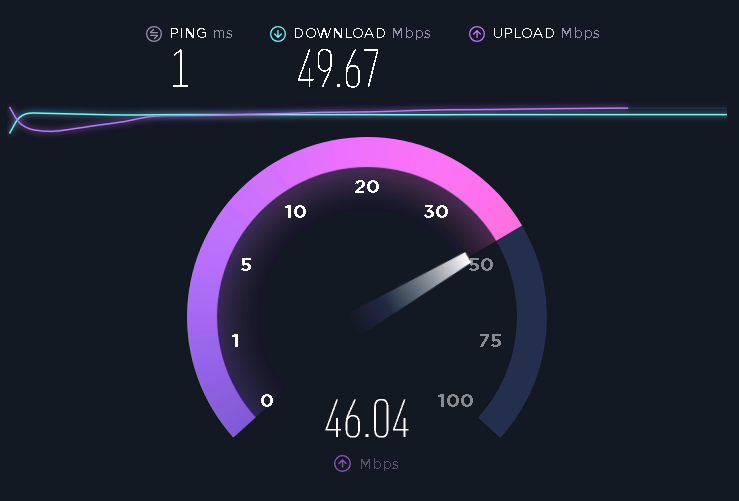 How to Properly Test your Internet Connection Speed?

Testing the speed of the Internet connection is a relatively simple and easy task, but the real question is whether we do it optimally, thus ensuring that external factors do not affect it.

Internet connection speeds can be compared to the way water flows in a pipe. No matter how large the source tank is, or how fast water is being pumped from the source, it is still going to be limited to what the destination pipe (along with all intermediary ones) can allow through it. Similarly, the maximum attainable speed of any Internet connection is going to be limited at the customer’s end, based on the modes of connection opted for, by the end user.

Wireless connections have revolutionized the ease of use as far as connecting to the internet is concerned, but they are, unfortunately, negatively affected by several different situations:

These are just a few main examples of situations which might affect the speed of your wireless internet connection, regardless of the terms of the plan you subscribed to.

Wireline connections, or wired connections as commonly known, are comparatively superior as far as reliability is concerned, along with being far more resilient to other, nearby wired or wireless connections. Wired connections are therefore the primary method of broadband Internet service delivery, to ensure that customers get the speed that they are paying for.

This is the most trusted and reliable method for performing a speed test. It ensures that the speeds being tested are more or less what is actually being received at the customer’s end without being negatively affected by undesirable factors.

Using a wired connection, there are two primary ways to connect your device to the Internet:

Using a wired Ethernet connection to a router, the different aspects to analyze, before testing the connection speed, are:

Steps to properly perform a speed test using (Ethernet cable from router to the desktop PC or laptop):

Having discussed the pros and cons of wireless and wired connections alike the question is, should we completely abandon Wi-Fi connections?

Wi-Fi connections as we know it, have revolutionized the ease of use factor of our daily internet usage requirements. It may not even be possible to be connected via a wire in certain situations.

Potential solutions to such situations involves, primarily, the understanding of the trade-off between speed and ease of use and thereafter, the possibility of upgrading the router in use. A better quality router would definitely make a difference in this regard. However, depending upon the number of wireless connections near your location, it may be a good idea to opt for a 5 GHz router, which works on a different band entirely, thus having a lower probability of interfering with, or being affected by surrounding wireless networks operating on the 2.5 GHz band.

Irrespective of the chosen speed package, the actual achievable speed is still going to be affected by the mode of connection chosen by you (Wi-Fi / Ethernet), as a customer. Therefore, it is imperative to differentiate between the speed made available to you at the last mile connectivity, by us, as UCPL, and the speed achievable via Wi-Fi (or Ethernet) on the router that is being utilised.